Waco ISD Athletic Director will step down in January 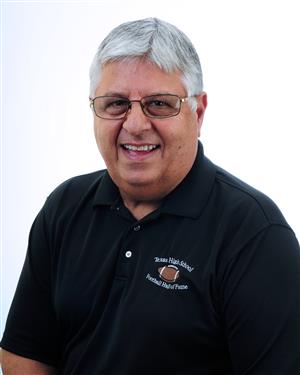 Tusa had a storied coaching career in Waco ISD starting at Richfield High School in 1977 and moving on to Jefferson-Moore High School in 1979. From 1986 through 2008, he was the head football coach at Waco High School. During his tenure, the Lions were 181-81-2 and made the playoffs 19 times.

“This announcement comes with heartfelt gratitude to the Waco ISD administration, school board, teachers and friends who made my time of service so memorable,” Tusa wrote in his resignation letter. “I will greatly miss my wonderful staff, the outstanding coaches, and the many patrons who supported our athletic endeavors.”

As athletic director, Tusa oversaw projects to replace and upgrade the video scoreboard at the district’s stadium and to install all-weather synthetic turf on the baseball and softball fields at the complex. He also instituted a playoff system for district’s middle school athletics program.

“From the short time that I’ve been in Waco ISD, it’s clear to me that Coach Tusa is an institution here,” Dr. Susan Kincannon, superintendent, said. “It’s not just that he’s a beloved former coach. It’s that he truly cares for each of the student athletes that he has coached and, more recently, supported as athletic director.”

The search is underway for the district’s next athletic director, and Kincannon hopes to name that person in early 2020. The job description and application can be found on the district’s website at wacoisd.org.